Some of you may recall that I mentioned before that I have been working on a middle-grade book for some time. Well, the book is essentially finished and almost ready to be published and I thought I’d give a quick heads-up, as to what it actually is. 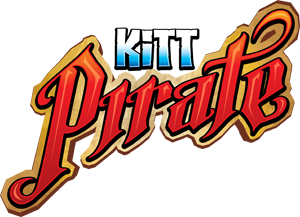 As the title suggests, this is the story of a young pirate. A young lad who is captain of a bunch of salty pirates as they sail across the Caribbean in search for treasure and plunder. But they’re not the kind of bunch who will slaughter and kill just about anyone.

Kitt and his gang have a mission. they have decided to take the money from the rich and put it to use to help the poor – of which there are many. Under the oppression of the Spanish, the French and the English, no one in the Caribbean is safe from these greedy, gold-hoarding invaders, and Kitt feels it is only apropos for him to return the favor.

The book I wrote is called “Kitt Pirate: Snaggletooth’s Treasure.” Kitt has come across a treasure map that promises unfathomable riches and for months he and his crew have been sailing across the cerulean seas in search for the elusive island where the treasure is rumored to be buried. When at last it surfaces on the horizon, nothing can stop them… or so they thought.

I have been working with an old friend of mine, Juan Fernando Garcia, to provide me with interior illustrations for the book, as well as the cover artwork. I’ve worked with Juan before, as he was one of the artists on one of the game projects I was producing for Squaresoft, and I knew his style would be perfect. not only is he a killer pencil artist, but he has also branched out into other areas and has recently worked on comic books as well as — I am not kidding you — candy packaging for kids. So, clearly, he was the perfect man for the job, and as you can see from the cover artwork below, it shows. 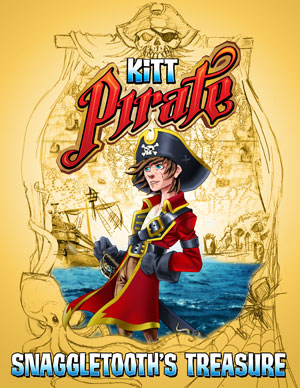 For the past few days I’ve been formatting the book for its digital release and I’ve been tweaking the cover and I am now at the point where I could theoretically upload the book to distribution channels.

There’s only one snag, which keeps me thinking. My name…

I know it sounds weird, but I am seriously considering publishing this book under a pen name. Why would I do that? The main reason in my mind is that it would allow me to separate my horror books from this children’s book. While my Jason Dark mysteries are not overly explicit most of the time, I think they are definitely not suitable for fourth or fifth-graders, at which I am targeting Kitt Pirate. The last thing I’d want is for them to google my name because they liked the book and ending up reading some of my horror fiction. I am sure every parent can appreciate that sentiment — I know, I do.

So, that raises the question, what pen name should or could I use, and that’s what’s holding me up right now. A pen name is something, I feel, I need to take seriously. Not only does it allow me to project something into that name — hopefully an exciting sense of adventure for children — but it is something that will stay with me for a long time, as books do not really outmode. I am sure I will come up with a name I find suitable soon enough, and then it’s off to the races!

5 Replies to “The scoop on my middle-grade book”