Alongside a new PS4 Slim model, last week Sony also announced a new PS4 Pro model to be released in November for $399. One of the key features of this mid-cycle hardware upgrade is that this new console will offer 4K ultra high definition resolution, along with the expanded colorspace of the ultra high definition format that allows for native HDR. Alas, according to Sony’s announcement, the PS4 Pro will not play 4K UHD discs. 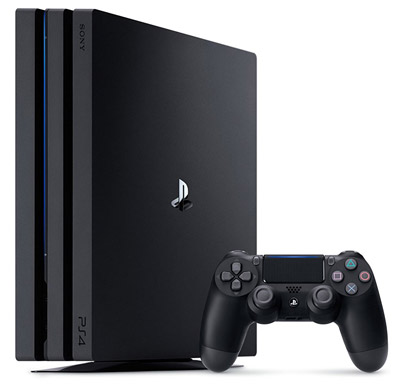 Now, a lot has been made of this lack of 4K UHD disc support over these past 24 hours and many fans are disappointed. Expectedly so, but… there is more to this story than you might suspect.

Before you dismiss the PS4 Pro out of hand, let me fill you in on a few things that you may not be aware of, because they have been hardly discussed in public so far.

The 4K UHD disc format is actually a standard Blu-Ray format. When the Blu-Ray specs were devised, it allowed for a large number of layers on a disc to accommodate the voracious, ever-growing storage needs of digital media. The format was designed with the future in mind. While, in practice, so far no real application has been out there, to the best of my knowledge, that used more than two or three layers, there are plenty of provisions in place to create discs with four, five, six or even more layers on a single disc. And it is this feature that is being used on 4K UHD discs. At heart, they are still only Blu-Ray discs, just with more storage, differently encoded video files on them and a slightly different menuing system that accommodates new features.

As a result, any Blu-Ray drive that properly follows the Blu-Ray specifications should theoretically be able to read these discs. (Note that I said read, not play.) Now, in the real world, because these additional layers have not been used before, there are, of course, low-cost drives out in the market that do not support the feature—a result of cost cutting measures. However, every modern Blu-Ray drive does well to integrate the capability to read additional layers. I am sure, most manufacturers have complied with those specs for some time now and I have absolutely no doubt that the drives found in the upcoming PS4 Pro will be able to read these high density Blu-Ray discs with absolutely no problem.

So, to be clear, from a technical standpoint, there is no difference between a regular Blu-Ray disc and a 4K UHD disc. In fact, they are authored the same way and they are replicated the same way. In fact, they are replicated on the exact same machines. It was one of the appeals that the 4K UHD format had for studios that existing production lines could be used to manufacture and replicate these next generation discs, making them very cheap to produce right out of the gates.

So, why doesn’t the PS4 Pro support 4K UHD discs? The answer to that may lie in Sony’s Consumer Electronics division. At this time, Sony is preparing the launch of a series of settop 4K UHD players. Naturally, the company wants these players to succeed. They want to sell them in quantities that makes the company proud. If they would add 4K UHD capabilities to the PS4 Pro, many people would simply forgo a settop player and use the PS4 Pro as their player of choice, the way they did when the PS3 first arrived, complete with Blu-Ray capabilities. Only this time they don’t have a format war to win (remember, Blu-Ray competed heavily against HD-DVD at the time and the PS3 was essentially the format’s secret weapon that decided the war), so there is no need for them to cannibalize their own divisions. When it comes right down to it, the lack of 4K UHD disc support is simply a business decision that actually makes sense for the company. Why? Because this is not the end of the story.

At this time, I have to admit that the PS3 is still my preferred Blu-Ray player of choice. The reason is simple. Unlike settop players, Sony made sure the PS3 always kept up with improvements and innovations in the Blu-Ray format. When DTS-HD Master Audio arrived, all they did was give users a firmware update and voilà, you could suddenly play DTS-HD Master Audio tracks. When Blu-Ray 3D came around, it took only a firmware upgrade for viewers to enjoy their 3D content. The list of capabilities they added via simple firmware updates was truly impressive throughout the years.

There is absolutely no doubt in my mind that we will see the same kind of commitment to unlocking features-as-you-go when it comes to the PS4 Pro and 4K UHD discs. When the company has safely shipped settop players to stores and has seen them sell through, you will find a firmware update on your PS4 that will suddenly enable 4K UHD disc playback.

Is it possible? It is not only possible. It is extremely likely. There is no technical limitation. The PS4 Pro is capable of decoding and displaying full 4K UHD video streams with HDR, and the console is capable of reading Blu-Ray discs. That is all the hardware capability you need to play 4K UHD discs. Everything else is merely software to facilitate the data transport from the disc to the display logic and to handle things such as disc menus etc, all of which follow established Blu-Ray specifications, only at a higher resolution and in an extended colorspace.

So, once again, before you dismiss the PS4 Pro as a failure and as a no-purchase because it doesn’t support 4K UHD discs, think again. This limitation will be only temporary and its solution will be a mere firmware update away.

With that in mind, perhaps it is time for you to stop over on Amazon’s website and pre-order your PS4 Pro?