Usually when starting a new role-playing game, one of the first things you begin to work on is the underlying game system. Deathfire was no different. After a few programming tests to prove general feasibility of certain key features, the first thing we turned to was the game’s character generation. Because the player’s stats, attributes and traits are at the heart of any role-playing game, it was only natural to begin zoning in on that aspect of the game and lay down some underpinning ground rules from which to build the overall game system.

And with that we were off to the races. It was decision time. How should character creation work? Should the player roll attributes which then decide which kind of character he can play, or should the player be able to pick archetypes himself and we fit the attributes around that?

The first approach is the one we used for the Realms of Arkania games and upon replaying Shadows over Riva, I felt that forcing the player to re-roll a character in its entirety over and over again in order to make it fit the necessary class requirements just didn’t feel user friendly enough any longer. Therefore, I opted for a different approach that seemed a little more accessible to me. After all, the key to this entire project is “fun.” We don’t want to typecast the game in any way. We’re not making a hardcore game or an old-school game, or a mainstream RPG or whatever other monikers are floating around. We want to make a role-playing game with depth that is fun to play. It is really as simple as that. Anything that smells of tedium will go out the door, which includes things such as click-fest combats. But that’s a subject for some other time.

So, when getting into the character generation, the first thing the player will do is pick a race he wants to play.

Naturally, we allow players to decide whether they want to create male or female heroes to add to their party. Therefore we have male and female counterparts for all six races, the Humans, Wood Elves, Dwarves, Halflings, Snow Elves and Tarks.

Most of them are pretty self-explanatory, except for Tarks, perhaps, which we created as another kind of half-breed class. Think of them as half-orcs. Not quite as ugly and single-minded – meaning stupid – as orcs, Tarks are incredibly strong humanoids with tremendous instincts and roots in nature. At the same time, however, they are not the most social, charismatic or intelligent of sort. But if brute strength and endurance is what you need, a Tark may just be the answer.

The next step in the creation of a hero is the selection of a class. Players can pick from eight available classes in Deathfire. 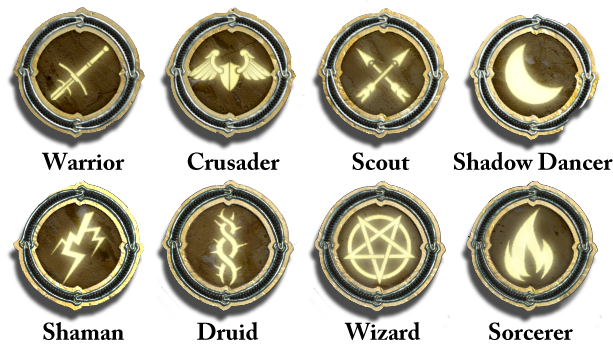 It is here that you can decide which role your hero should play in the overall scheme of things. Again, most of the classes are pretty standard fare to make sure anyone with a bit of role-playing experience will quickly be able to pick their favorite.

Both, the race and the class, affect a character’s attributes and they will be internally adjusted as you make your selections. 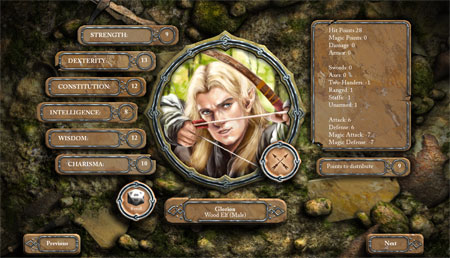 Once this step is completed, you will finally get to see the character’s core stats. At the base, each character has a Strength, Dexterity, Constitution, Intelligence, Wisdom and Charisma attribute. These are the very core and will be used to calculate a number of additional attributes, such as the attack and defense values, among others. They will also affect the damage the character can do, the amount of magic points he has, and the armor rating. Also included here are the Weapon Skills, controlling how well the character can handle and use various types of weapons.

With 34 character traits, there is plenty of room to create dynamic gameplay

To create a role-playing experience that has real depth and gives the player breadth in shaping their in-game characters over time, the core attributes are not nearly enough, however. Therefore we added a number of traits to Deathfire. Thirty-four of them, to be exact, at the time of this writing, packed together into various groups to easier keep track of them.

The first group contains Resistances, controlling how well the character can withstand various types of damage. The Body Skills determine how well the character can handle himself physically and is therefore home to things such as Balance and Speed among others. The list continues with groups such as Nature Skills, Craftsmanship, and Mental Skills, as you can see from the screenshot below, each with a number of attributes that determine the character’s innate abilities. 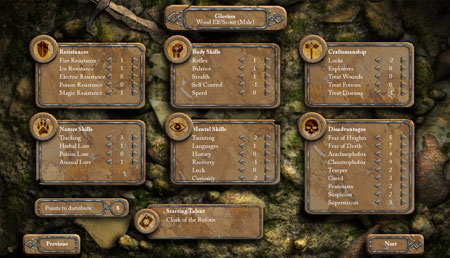 And then there are the Negative Attributes. Everyone of us has lost his cool before, so why should our game characters be any different? In my opinion, negative attributes bring zest to the game. They give heroes personality and, from a design standpoint, open up an endless array of opportunities for great character interaction and mishaps.

What we are looking at here runs the gamut from ordinary Temper tantrums, to a person’s Fear of Height, or Arachnophobia. But it also includes values such as Greed, Superstition and Pessimism. As you can undoubtedly tell, there is a lot to allow us to color characters and create interesting gameplay moments. I’ve been doing these kinds of things since 1987, so of course, I am fully aware of the fact that all of these attributes will only be of any value if they are actually used within the game. We already have an ever-growing list of situations, moments, quests, events and encounters that will help us put these attributes into play, and there will be many more as we actually move along to flesh out the various areas of the game. You might even be interested to hear that we cut a number of traits for that very reason. We realized that within the confines of the game we are making, the traits would have no real value or would be severely underused.

I am sure you will agree that we have a lot to work with here, and our intentions are to make use of the attributes to the best of our ability.

Another large area that defines characters are the Magic Abilities, but I will leave a discourse on that subject for a future post. In my next update I will take you a little behind the scenes of the actual character generation section of the game and talk a little about the technology we are using. 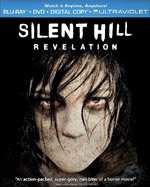 In addition, we would very much like you to help us spread the word, tell others about Deathfire to help make this game a success. Therefore, we are hosting a give-away, offering up a Blu-Ray/DVD copy of the video game based movie Silent Hill: Revelation. In order to be eligible for the drawing, simply answer the question below. But you can increase your odds manifold by liking my Facebook page, the Deathfire Facebook page, or following me on Twitter. Also, tweeting about the project will give you additional entries, allowing you to add one additional entry every day. Good luck, and thank you for spreading the word!