When you are a writer, doing research is part of the job, and oftentimes it takes up a major portion of our preparatory time. If you are an author working on period stories, like I am with my Jason Dark dime novels for example, this research is typically even more encompassing. In order to ensure accuracy of the material presented to the reader and to give it more credibility I am oftentimes spending days on end researching history. In many ways I consider myself a history buff, which is kind of strange because, like virtually everyone I know, I always hated History in school. So where did the change come from?

To be perfectly honest, I think I’ve always had an interest in history, but the education system I went through in Germany did a fantastic job in maiming all and any such interest. I have never gone to an American school so I do not know how they treat history here, but my general understanding, judging by people’s overall state of education in world events, it seems even more neglected.

As I think about it, I believe there are two main reasons why history classes must be some of the most tedious and unattractive paths in school.

The first reason is the way the material is being taught. I don’t know about you, but I had to learn reams of dates by heart for years in a row. That, in essence was my history education throughout school. Every grade covered a different time period and we, the students, were expected to remember key dates and events which were prodded into us in lessons during which we would pour over stuffy explanations and date listings of said events. I mean, really, life doesn’t get any more boring than this. History out of context is as exciting as watching water evaporate; there’s just nothing there to hold your attention.

I honestly wish my history teacher would only have asked a question like “Imagine for a moment that you Lord Nelson and you want to defeat Napoleon Bonaparte at sea. How would you do it?” I am sure, it would have sparked an interest in the topic for a lifetime, instead of killing it off by forcing students to simply line up all the dates and events ad nauseam.

It would have gone a long way to show how certain people created certain events and how these events lead to other events, trying to engage the imagination, giving students the chance to connect the dots on their own terms. In the big scheme of things it is wholly irrelevant whether the Thirty Years War began on a Tuesday or a Friday. Unless you do a diligent study of the subject for a doctorate or so, it is entirely irrelevant whether Ferdinand kicked Mathias’ butt on a Sunday or Tuesday. And yet, we had to learn it all by heart. Every tedious little event, every name, every location, date and sometimes even the time of day. Boy, no wonder I tuned out every time…

To make matters worse, from my experience, history teachers are every bit as dry, boring and uninterested in the subject matter as the way they teach the material. In retrospect I realized that even my Latin teacher did a better job at instilling a love for history in me. He would take us on field trips to excavation sites and Roman monuments, allowing us to see first hand the influence and impact Roman culture had had on the world we lived in. This has instilled a love for Roman history in me that is still very much alive today. 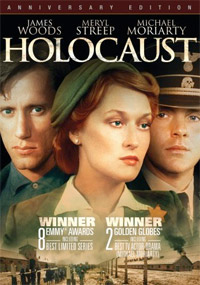 When you look back, what was it that inspired your love in history? In my case it was movies and documentaries. Watching Holocaust in the late 70s was the first time I was really able to put real faces to the pain and horrors of the Third Reich. I began to associate real people with these horrendous events, not printed names, realizing that these were not just dry dates in a text book but the lives of people with hopes, lives, ambitions and love in their hearts. The series left me heartbroken.

There were many others and I’ve found that even the most romanticized Hollywood movie can make for a better history lesson than an hour with any of my history teachers. Some of these movies may not be entirely accurate, some of them may be biased, but the important thing is that people are becoming engaged in history and potentially interested, which is a lot more than what my text books and history classes did. 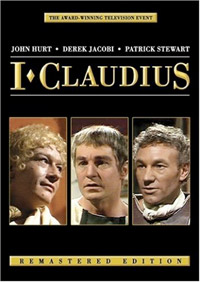 I’ll be honest with you; the Ides of March or probably the only historic date I remember from all the studying in school — and once again that comes courtesy of my Latin teacher and his way of playing out the assassination of Julius Caesar for us during a field trip to some Roman ruins. Other than that, I have zero retention of my academic history lessons.

Yet the events depicted in Holocaust or even Braveheart, Band of Brothers, I, Claudius, Elizabeth or John Adams have firmly become part of my historical vocabulary. I now know that William Wallace was one of the most passionate freedom fighters of Scotland and not, perhaps, the brother of mystery writer Edgar Wallace. I now know that John Adams was not only a president, but one of the key figures in giving us the freedom and union we enjoy every day, fighting for it on political turf instead of the battlefields. As a result of Valkyrie I finally saw a real person and his convictions behind the infamous attempted assassination of Hitler by the man whose wife and 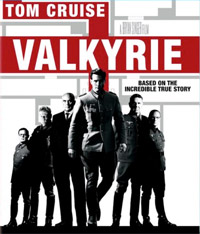 children used to live only down the street from my apartment. He became more than just a name in a book and a plaque and suddenly his efforts and sacrifice grew to dramatic proportions.

Strange as it may seem, Young Indiana Jones has been critical in generating interest in certain historic events in me that I then investigated further. As a result I came to understand how people like Lenin managed to get to power, among many other things.

So, you tell me, which one did a better job at relaying information… my school education or dramatized works of entertainment in the form of biopics and even fiction? I know there will always be the purists who clamor that the weather depicted in a scene was not accurate or whatnot, but in my opinion they are missing the point. History is worthless if no one takes an interest in it. In order to create interest, history has to be dramatized, which means that occasional liberties have to be taken. 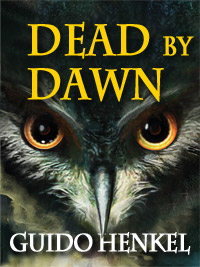 Naturally, when I research my Jason Dark stories, my historic research is more topical and specific, but for the majority of people a general overview will usually do. In my case, when I write about the opening of the Natural History Museum in London in Dead by Dawn, yes, I want to make sure it happens on a Sunday in my story — Easter Sunday to be exact — because I want to lend credence to the fact, the event and the story. But you know, what? Most people couldn’t care less if it had opened on Good Friday…

These days I soak up history whenever I get the chance. As I get older I find it easier and easier to see how one event led to another, how people corrupted by power continually exploit others, creating intolerable conditions for the rest. History is every bit as much about strategy and political intrigue — both of which is typically filled with natural drama — as it is about dates and names.

It all holds a fascination for me that I just can’t escape and I enjoy every minute I can dig into historical research and uncover new facts and information that were previously unknown to me.

3 Replies to “History can be fun… but not in school”