For the gamers among you, I have some exciting news to share. For the past months I have been working on a new project that took me back to my computer gaming roots. Teaming up with veteran game designer Neal Hallford, I have prepared a concept for a cool new computer role-playing game that we are currently trying to fund through Kickstarter.

As many of you may know, I’ve been developing computer games for over 30 years and most of them were role-playing games. For the past years I’ve diversified into different areas, such as my book writing, but the game bug bit me again this year, especially because so many of you seemed to still remember and enjoy some of the games I made, like the Realms of Arkania trilogy and Planescape: Torment. (For a cool look behind the scenes of the making of the cover of Planescape: Torment, don’t miss this blog post I made some time ago.)

Neal, has been in the industry almost as long as I have, and he was one of the co-designers of Betrayal at Krondor, a wonderfully rich PRG based on the books by Raymond Feist. Neal has gone on to work on games such as Might&Magic III: Isles of Terra, Dungeon Siege, Lords of Everquest and many others. 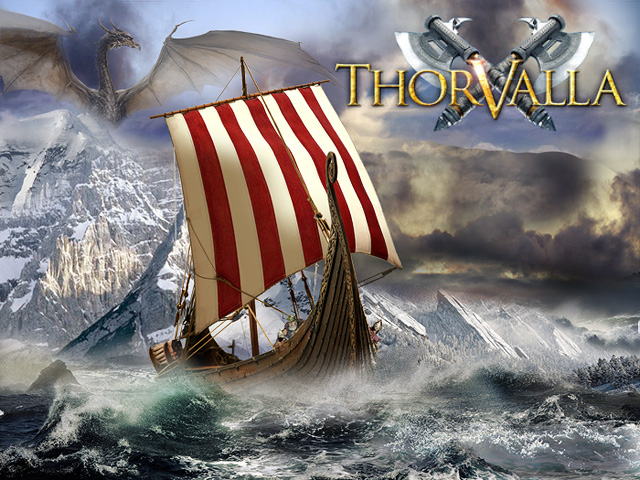 So here we are, teaming up and supported by a team of incredibly talented artists and programmers who are ready to bring our latest game, Thorvalla, to life. (Yes, I will not only co-design, but also do programming on the project, because I’ve always felt programming is my true vocation.) Thorvalla, as the name already suggests is a game steeped in Norse lore, a world where men and dragons are at peace and fight together to vanquish evil. It features a vast world with many cultures while at the core remaining true to a high fantasy setting that includes staple favorites like orcs, ogres and skeletons alongside cool monsters from world lore.

You can help us make this game a reality. Take a look at our Kickstarter campaign page for more information. We’ve sadly had a slow start and can use every bit of support we can find. So, if you are a gamer, or if you have friends that love roleplaying games, let them know. Talk about Thorvalla, tweet it up, put it on your Facebook wall or whatever else you can do to help us spread the word.