Today I would like to welcome Angela White as a guest to my blog, as part of her blog tour to celebrate the release of her latest novel “Adrian’s Eagle.” 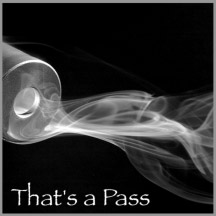 When someone says the word Apocalypse, the mind immediately conjures up images of whole cities burning while zombies or crazed people run wild in the streets. There’s always arson and looting, rape and murder, and none of the innocent people caught in the crossfire have a weapon or even know how to defend themselves. Once a little time has gone by, all the characters, good or bad, pack heat, and self defense becomes as important as food and water.

In a real apocalypse, the same will be true, but it won’t be just other people that are dangerous. Alone or in a group, protection will be vital and even those who loath weapons and abhor violence will carry them. There simply won’t be any other choice.

Like the refugees in the clip below from my new release, survivors will have to go searching for these life-savers. As time goes by, guns and bullets for them will get harder to find. Stockpiles should be gathered during the weeks after the apocalypse.

“Seven very gifted survivors are destined to rebuild their country after a nuclear apocalypse…If they can stay alive long enough to find each other. Impossible to put down.” – The Review Blog

“Are you sure?” Adrian cut her off. “Don’t turn down destiny. Sometimes, you only get one knock.”
He moved toward the driver’s side and the air suddenly went cold, plunging the Eagles into instant alertness.
Angela blanched as a wave of panic swept over her. “Your gun!” The Witch ordered sharply.
“Boss, watch out!” Kyle’s hand dropped for the Glock, already knowing he couldn’t make it from where he stood.
Bang!
The single shot seemed to echo forever and all of them, except Adrian, turned to see where it had come from.
Adrian stared at the dead rattlesnake by his tire, listening to its mutated tails twitch, and the Eagles around them stilled, waiting to see if she would be treated the same as one of the men.
“You have one request.”
Angela calmly re-holstered and used the moment to make it all official. “I’ve already asked it.”

Full of realistic and fantasy situations, the Life After War series is a combination of more than 7 genres, so there’s a good chance of everyone liking it and learning a few things about survival at the same time. You can get a free copy at the link below, of the first book in the series. It’s free for all of this year to celebrate the possible end of the world on 12/21/2012.

Adrian’s Eagles — Three months after the War of 2012, Safe Haven refugee camp has made it to South Dakota and now holds six of the seven special survivors meant to lead the rebuilding of their country -but it can’t be done until they find a safe place to settle… and who can think of peace when there’s a huge camp of foreign invaders less than a day behind their group and they only want one thing? Safe Haven and everyone inside the light.
Watch the trailer for this series
Free- The Survivors – The bestselling novel that started it all. – See on iTunes
More Scenes of the Apocalypse

Btw, a huge thanks to Guido for hosting me on my Scenes of the Apocalypse release tour. Have you read Dead by Dawn yet? It’s only $2.99! I just downloaded a copy to my Kindle. Gonna have a great summer of reading by the time I gather up all these new books!