For the past few days, my wife and I spent a lot of time photographing hummingbirds around the house. These beautiful, little birds can be mesmerizing and it is often surprising to watch just how inquisitive they are. Some of them are truly quite fearless. 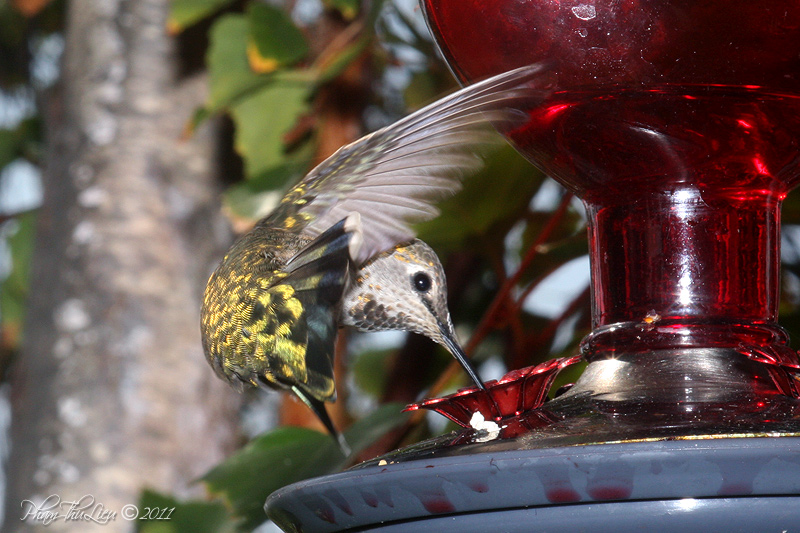 Since we’re using camera flashes in order to properly highlight the birds against the background, it was very interesting to see that some of the birds were actually attracted by the flash. More than one of them flew straight for the camera to take a closer look what that thing is and where the light comes from.

These birds are also very territorial. You can notice that one bird often “owns” a feeder and whenever another hummingbird tries to approach it, the owner will bully the new arrival away with loud chirps and chatter, as well as physical violence if need be, chasing the intruder away. 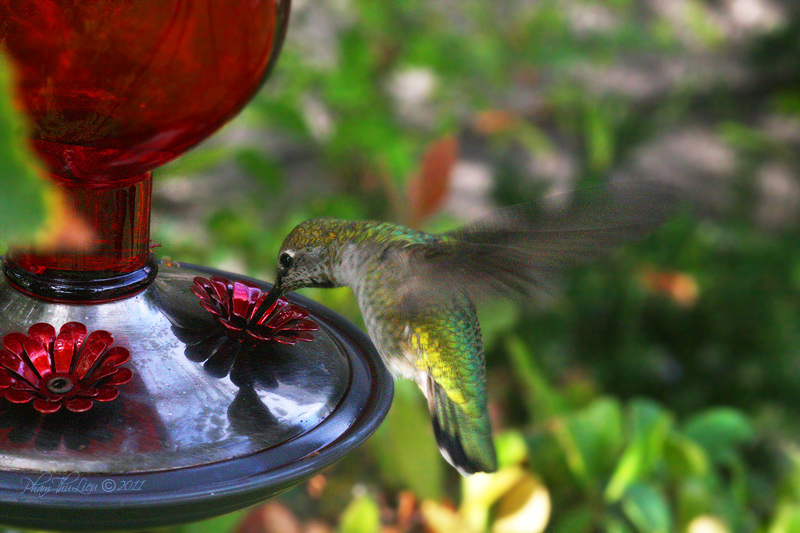 At one point my wife decided that we should try to photograph the birds from a different angle, and, perhaps, a little more exposed to the natural sunlight so that the flash would not flatten out the colors too much. We lowered the feeder about 15 inches, set up the camera and waited with remote release in hand.

Interestingly, the birds first flew to the exact spot where the feeder used to hang. Seemingly perplexed that it was no longer there, you could see them hover around for a moment before noticing that it was simply hanging a little lower. I found this very surprising.

As humans, we would take in the bigger picture from a distance, see the feeder and directly home in on it, regardless of its change of position. Not so these birds. Obviously they are a lot more hard-wired. They seem to remember locations in a more dimensional space, it would suggest, as if driven by an internal GPS. Sight seems to come only second to that. 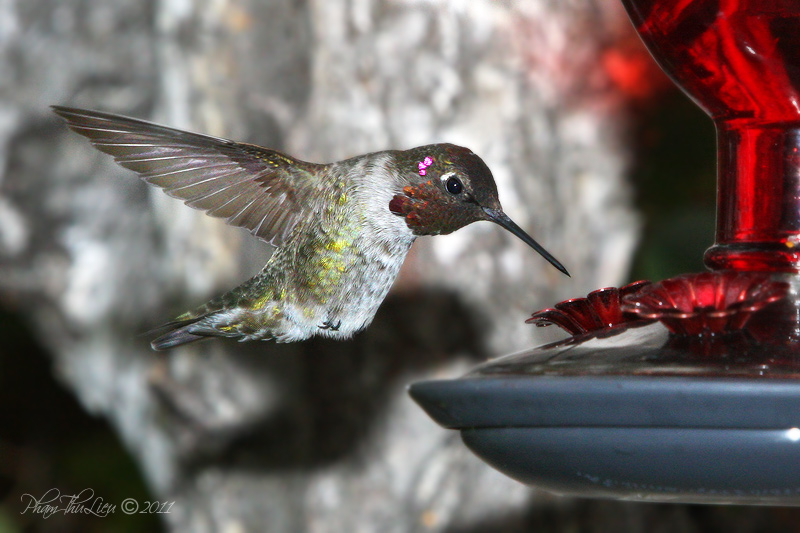 I found this behavior incredibly interesting, though if you’re asking me why I am telling you all of this, I can understand that, too. As I was thinking about the birds’ behavior some more, I realized that I could actually use this in a book at some point. No, I am not planning to pit my Victorian era occult detective Jason Dark against a hummingbird from hell, but this behavioral pattern could be used to solve a mystery. If, for example, the crime scene were moved and the perpetrator were lured to it, showing up at the wrong place would clearly be an admission of guilt. I mean, that’s what Columbo would have done, right? And he always got his man. 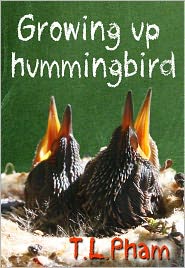 It’s a pretty good idea, I think, thank you very much. But don’t send me fan mail just yet, I still have to create a plot around it and write the story.

On the subject of hummingbirds, you may also be interested that my wife released a children’s picture book a little while ago, called Growing up Hummingbird, which shows the first two weeks in a hummingbirds life, as experienced and photographed by her early this spring in our backyard.

You can get a copy of the book at Amazon, Barnes&Noble, Kobo and in the Apple iBookstore.

4 Replies to “A case of hummingbirds”