“They just don’t make them like this any more.” Whether it refers to movies, music or books, I am sure you have heard the phrase countless times before. I know I have, and it has been the reason why the Jason Dark supernatural mysteries I’ve been writing are what they are. A throwback to, what I consider, the Golden Era of horror. A kind of story and presentation they just don’t make them like any more. 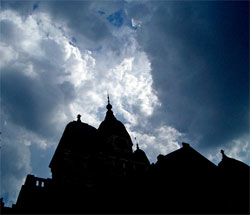 It seems odd in this day and age for someone to write horror mysteries drenched in gothic atmosphere. While everyone around me seems to be occupied to write modern horror stories that feature either romantic half-monster match-ups or are getting more and more gritty and urban, it appears to me that very few writers actually give a second thought to more traditional horror.

It has led to a remarkable — and very unexpected — side-effect. I deliberately chose the rather unique format for my books and the Victorian England setting to allow me to stand out among what’s currently available, but it has also created the not insignificant challenge for me to explain to people what the Jason Dark supernatural mysteries actually are. People seem to have trouble wrapping their minds around the concept and the initial impressions somehow seem to lead them to wrong conclusions about the stories.

Whenever I drop the term “horror” in a conversation or description, people instantly have preconceived notions. Most people will wave me off right away and tell me they don’t read horror. As a result I find myself explaining to them about the wide gamut that horror actually covers, ranging from something like “Frankenstein,” which many people would probably not even consider horror but an intense character drama, all the way to the ultra-violent and sadistic “Saw” fare. There is a lot in-between and the two ends of the spectrum could not be further apart. Yet, the mere mention of the word “horror” has people dismissing it. 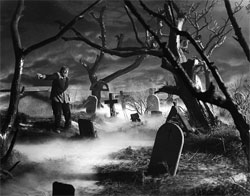 Even the term “gothic horror,” which is designed to narrow down the genre somewhat, is all too often misunderstood. I used the term when I released the first Jason Dark stories, because it is what they truly represent. Sadly, too many people associate the term “gothic horror” with pale, pubescent girls wearing too much eye make-up who are desperately crying for attention. Some will see it as a valid lifestyle or fashion trend, but still have only the image of too much mascara in their heads. Neither is what “Gothic horror” means, and neither of it is what my Jason Dark stories are about.

“Gothic horror” is a description for a particular style of horror, which, by tradition, emphasizes atmosphere over graphic violence. A film like the old “Dracula” featuring Bela Lugosi is “gothic,” as is “The Wolfman.” It is all about the creepy imagery and atmosphere. The fog-shrouded forest and cemeteries, castles towering over steep cliffs, things that we know are moving about, terrifyingly dangerous, but we never really see them. Flickering candles in a ghostly house, long, deep shadows and staircases covered in cobwebs. All these are elements of “gothic horror.”

Universal was the master of gothic horror with its early monster movies and the Hammer Film Studios punched it up a notch. Bringing color to the party, they were able to bathe us in deep midnight blue hues, the magnificent crimson satin on the inside of Count Dracula’s cape and the bloodshot red eyes of Christopher Lee. The Hammer horror films were masterfully shot using gothic elements but ramping up their effect over and over again. Sadly, they were often dissed because of their limited budgets, but true fans of the genre will always cherish them for their mood and atmosphere.

It is for those people who love these kinds of horror films as much as I do that I wrote the Jason Dark books. Every time I read and finished a horror novel, I walked away, telling myself, “They just don’t write them any more the way they did.” If you go to Amazon and you try to search for quality gothic horror books you will find yourself in quite a bit of a predicament. Most of them you will probably have read already because they are classics like “Dracula,” “Frankenstein,” “Dr. Jekyll & Mr. Hyde,” Edgar Allan Poe’s work and such fare. You may be lucky and find a few, rare gems that are newer, but the majority of more modern gothic stories followed on the heels of Anne Rice’s Vampire Chronicles, and most of those were already more romanticized than gothic. 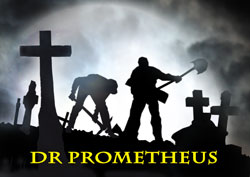 Finding fresh gothic horror content is hard — in fact I find it virtually impossible. As a result people are no longer familiar with the term or these atmospheric settings and the wonderful creepiness these stories often have. By consequence, they also have trouble imagining what Jason Dark stories would be like.

Using atmospheric cover artwork has always been my main approach to ring across the atmosphere of the books. If you look at Dr. Prometheus, for example with its cover that show gravediggers in front of a full moon, to me the message and atmosphere of the story is immediately clear.

In the sixteen months since I have launched the first Jason Dark books, I have found that it has required my eternal attention to somehow bring across the setting and atmosphere of these stories so that they might find an audience. Maybe articles like this one will help getting people excited about these action-packed creepy mysteries.