Most people know me as a fan of Apple products, a real Mac-head, so to speak. The reason for that is that traditionally I can find very little flaw in the products the company offers, their approach to the user experience and the general approach to the marketplace. 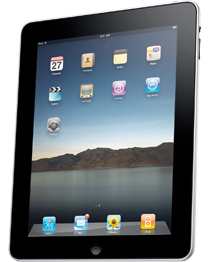 That does not mean the company is beyond reproach, of course, and whenever I see flaws I will gladly point them out. And such is with the recent update of the iPad firmware, in which Apple has abandoned the orientation toggle switch. Its functionality has been instead replaced with audio mute.

I am not sure why anyone would have ever thought a mute button would be more essential in a tablet than a lock for the orientation. To me it makes no sense and why Steve Jobs would so vehemently state that the lock button will never return is beyond me.

As a writer I use Pages for the iPad a lot. I use it to edit and revise my books and even to actually write parts of my stories on occasion. The iPad’s mobility allows me to work anywhere I want to. It also means I am getting interrupted a lot and have to put the tablet down. Unfortunately this means that the tablet may change the orientation because of the movement, which wouldn’t be so bad, but it also reset the zoom factor once I rotate it back to my portrait writing position. Usually this means that my text is too small and I will have to pinch it up over and over again, which really getting tedious after the tenth time.

The orientation lock toggle solved this problem, for me. It would lock the orientation and with it my magnification setting in place.

The same is essentially true when surfing the web. So for me that toggle was a real asset.

Now as for replacing it with an audio mute instead… Off the top of my head I can’t even think of any real application for that. The iPad is not a phone that needs to be silenced quickly in various environments. So what do you need a mute switch for? Gaming, perhaps? What is there that pressing the volume down key a few times couldn’t do? I’m not sure if any mobile game is so demanding on the player that turning the volume down would destroy the experience, particularly as it something you would most likely do once when you start playing.

So, what would anyone need the audio mute for, really? Neither videos nor web browsing warrant or require a mute button, so I am truly flabbergasted at how Apple cold have come to the consensus that the orientation lock meeds to go. It is one of the few cases were usability has been sacrificed by the company that practically defines usability in the market – in the world. At the very least one would have expected to find a toggle in the system settings that let users allow what they want their toggle to do for them, but no such,luck.

You can still lock the orientation on the iPad, but it requires a bit of fiddling. First press the “Home” button twice and a menu bar will appear at the bottom of the screen. Now swipe the bar to the right and a new menu appears. In the left hand corner you will now find a soft toggle which allows you to lock and unlock the screen orientation. Why this has to be so well hidden and tedious to use, I really don’t know, when an option setting in the system preferences could have pleased everyone.